Top 10 Tracks of the Week 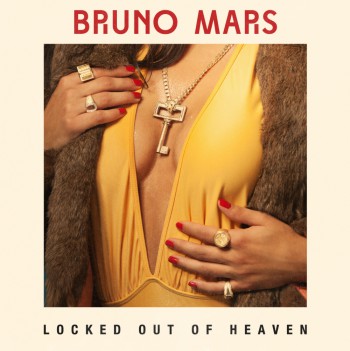 Bruno Mars stays at #1 with a 13% bump over the previous week, but Rihanna slips two slots to #4, overtaken by Taylor Swift(+29%) and (we can’t believe we’re typing this) The Lumineers, continuing their improbable upward climb. Ho Ho “Ho Hey” indeed. Otherwise, the Top 10 went through the typical reshuffling, the lone newcomers soon-to-be Voice winnerCassadee Pope with in-show her performance of Keith Urban’s “Stupid Boy,” and another indie act with a feel-good story, this one from Seattle hip-hop mavericksMacklemore & Ryan Lewis.

All three Voice finalists did decent biz, as Terry McDermott’s cover of “Let It Be” moved 66k units, putting it at #18, and Nicholas David’s “You Are So Beautiful” sold 40k, landing at #38. All three will likely do even better on next week’s chart, which will reflect the highly rated final two shows. For the record, the week’s best-selling Xmas single once again was Mariah Carey’s latter-day standard “All I Want for Christmas Is You,” with another 65k, bringing the life-of-record total to 2.375 million, as Mariah finds herself on both ends of the “Give the Gift of Music” transaction. [HitsDailyDouble] 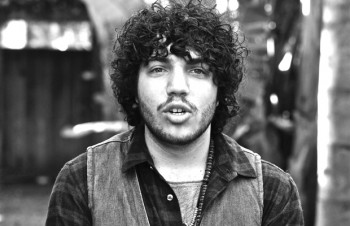 Producer of the Year Grammy nominee Benny Blanco—the hitmaker behind such latter-day pop smashes asKe$ha’s “Die Young,” Trey Songz’ “Heart Attack,” Rihanna’s “Diamonds,”Maroon 5’s “Moves Like Jagger” and “Payphone,” Katy Perry‘s “Teenage Dream” and “I Kissed a Girl,” Taio Cruz‘s “Dynamite” and the Adam Levine–Gym Class Heroes collab “Stereo Hearts” and—comes out from the shadows in today’s L.A. Times. “If the producer’s work defies rote categorization, thank the crazy quilt of influences his songs reference: lite rock, hard-core hip-hop, chopped & screwed R&B, EDM, even folk—sometimes within the span of a single tune,” writer Chris Lee explains in the piece. “What unifies his discography is a kind of lowest-common-denominator mass appeal. Blanco’s pop offerings aren’t made for music snobs. They tend to become hot-selling ringtones or the songs you hear schoolchildren blasting out of minivans, the kind your co-workers drunkenly belt out at karaoke bars and contestants on The Voice slavishly cover. Blanco’s music is a soundtrack to the American mainstream.” “When I’m making records, it’s got to be simple enough for everyone to go, ‘I’ve heard something like that before.’ But different enough to where they’re like, ‘But oooh! I haven’t heard that before,’” the 24-year-old wunderkind explains. “It’s got to be a good balance of a little bit dangerous—weird sounds or a weird vocal melody—but everything can’t be weird or it’s not going to be a big song.” A fascinating behind-the-scenes read. [HitsDailyDouble]

Ne-Yo Returns To The Breakfast Club