WHY DOES APPLE NEED BEATS? IT’S ALL ABOUT THE MUSIC 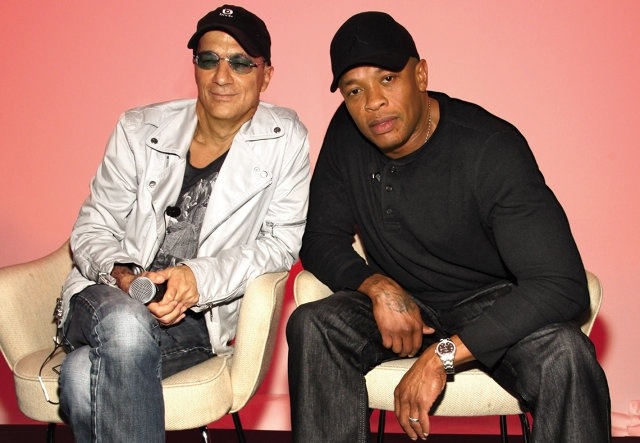 MUSIC IS CENTRAL TO THE COMPANY’S BRAND IDENTITY, BUT ITUNES HAS GOTTEN STALE. HOW BEATS COULD BRING COOL BACK TO CUPERTINO

As the child of an elementary school teacher, I was able to borrow a Macintosh desktop computer from the library every summer. But even at the age of nine, I was keenly aware that there was nothing especially cool about a Mac. It was the mid-’90s–the era of Power Rangers and Pokémon–and when friends came over they walked right past the sleek, white cube. (“Wanna play Number Munchers on my Mac?” “Uh, no. Let’s go outside.”) It wasn’t until several years later that I got my hands on a piece of Apple technology that made me–and Apple–seem hip in the eyes of my peers: the iPod. (It was so desirable, in fact, that my first one got stolen.)

Before the iPod and iTunes, Apple was a respected, innovative computer company, but it was still just a computer company–a brand that made things most people thought of as tools for homework or running a small business. Music is what turned Apple into a pop-culture phenomenon. Suddenly iPods were showing up in Mary J. Blige videos, kids were ripping their entire CD collections (remember CD collections?), and a series of ubiquitous Apple commercials were boosting the careers of actual bands such as Feist and CSS.

That fundamental shift might help explain why Apple recently shelled out $3.2 billion for Beats Electronics, the company behind a line of wildly popular headphones and–more crucially–a heavily hyped new streaming service. More than a decade after music transformed Apple, customers are now starting to hum a different melody. Downloads for the entire industry have slid more than 13% in the first quarter of 2014, while streaming services–which Steve Jobs notoriously ignored, insisting that people didn’t want to “rent” songs–are remaking the music landscape. Thanks to companies like Spot­ify, Pandora, and YouTube, song and video streams grew to 34 billion this year, an increase of 9 billion from a year ago.

Apple’s slipping hold on music is more of a danger to its psyche than its coffers. At last count, its music downloads were bringing in $4 billion a year, only a fraction of Apple’s total $171 billion in revenue. But the company has to be worried about losing its grip on such a crucial part of its brand. After all, Apple has long prided itself on outsmarting the major labels when it came to digital music. Now it risks becoming the sort of slow-to-react behemoth it once disrupted. At its core, the acquisition of Beats can be seen as a bid to stay relevant in the music world–a world that is central to Apple’s modern identity.

For this piece of Apple’s strategy, success will likely depend on one man: Beats CEOJimmy Iovine, who cofounded the company in 2006 with the rapper Dr. Dre. When music-industry insiders describe Iovine–a onetime recording engineer and producer who worked on albums by John Lennon, Bruce Spring­steen, and many others–a word that comes up often is ear. As the longtime head of Interscope Records, Iovine has proven himself a master tastemaker with an eerie ability to spot hits and envelope-pushing artists. “He’s one of those rare individuals who really understands how to move the cultural needle,” says Ammunition Group founder Robert Brunner, who designed the Beats by Dre headphones and was previously the director of industrial design at Apple. “How we designed and com­municated [the headphones] elevated the product to this very high status, so that people wanted to participate in the brand.” Now Iovine and Dre have joined the Apple team, cranking the record-biz credibility of Apple’s executive suite up to 11.

Iovine’s connections could prove crucial for future deals with mu­sicians and labels. “Having Apple, the biggest artist-friendly company, be in that [streaming] game is very important,” says Peter Csathy, CEO of Manatt Digital Media, a venture-capital firm that invests in music and media companies. “With Beats’ relationships with the artist community, Apple is essentially buying that goodwill.” It was Iovine, after all, who brokered many of iTunes’ first deals with music labels.

Will all of this translate into an effective makeover of Apple’s music products? There’s work to be done: iTunes isn’t as exciting as it once was, with a music-consumption experience that increasingly feels old-fashioned. Unlike such newer companies as Rdio, Apple doesn’t make music especially discoverable, and its pay-per-track model is hard to swallow when Spotify offers unlimited streaming of countless albums. Compared to data- driven streaming services that constantly offer suggestions, Apple just seems a bit sleepy. “How many years have we been on iTunes?” says Ben Arnold, a consumer electronics analyst at the NPD Group. “You would think it knows more about my music-listening preferences than I do.”

Beats Music is especially focused on personalization. You just broke up with your boyfriend? Here’s a playlist that might help you get over that jerk. Simply telling users, “This is a new song: Buy it,” may have worked in iTunes’ formative days, but with millions of tracks now available and no efficient way to sort through them, the iTunes Store isn’t much more inviting than the chaotic Google Play.

It isn’t yet clear how–or if–Apple plans to integrate Beats Music into iTunes. But merging the two could succeed where previous Apple efforts like Ping (a defunct music-focused social network and recommendation system) and the Pandora-like iTunes Radio underwhelmed. Imagine an “iBeats” service that offers you Beats’ playlist curators–such as New York’s Hot 97 radio station–but also compares your tastes with data from Apple’s 800 million iTunes Store accounts to generate highly personalized suggestions. “If they’ve got this streaming service combined with your library of music, that certainly becomes an advantage if you’re going against some of these [newer] services,” Arnold says.

Yet reenergizing Apple’s connection to music isn’t just about the music–it’s about the whole Apple ecosystem. The Beats by Dre headphones, which currently make up 62% of the premium-headphone market, have huge youth appeal, with most being purchased by people ages 13 to 34, according to NPD. For the aging iTunes–and for Apple overall–tapping into that demographic is key. Apple earbuds are now about as trendy as cassingles, and even the company’s ad campaigns, once known for their anthemic feel, have occasionally slipped toward nostalgia. (Why choose 1961′s “Chicken Fat,” by Robert Preston, for an iPhone 5S ad?) Some spots have had more edge; the “What Will Your Verse Be?” campaign features music from Brooklyn indie band the National and Finnish composer Esa-Pekka Salonen. Still, with Iovine around, the odds improve that Apple will strike the right notes.

Whatever happens, Apple’s bet on Beats is sure to change the way the company approaches music. “Jimmy’s passion is to constantly reinvent how people experience music,” says Brunner. “For him, I think this is an opportunity to work with the best company in the world to reinvent that again.” In other words, Apple has the tools it needs. Now all it has to do is get back on track.