9 Music Products The Industry Got Right 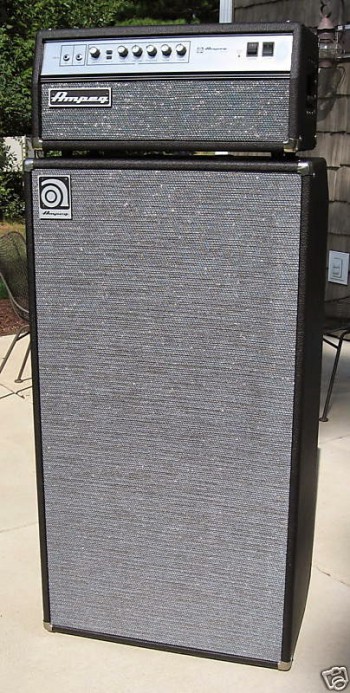 A visit to a friend’s very capable commercial studio the other day got me thinking about some of the musical and audio items that have remained essentially intact since they were introduced. In some cases improvements have been attempted, but the original design is still the best. In other cases there has been continual improvements, but the original idea still hasn’t changed all that much. Here are 9 products in no particular order that the music and pro audio manufacturers got right from the start.
1. The Shure SM57/58 – Nearly 50 years down the road and the SM 58 is still the standard stage mic, and the SM 57 can be found in every recording studio big and small. What’s the difference between them? They both have the same capsule but the 58 has a filter to decrease the proximity effect a little.

2. The Ampeg SVT amplifier – Has there ever been a better bass amp been built? There’s still nothing like that 8×10″ cabinet for being able to dial in almost any bass sound you want, and the monster head will easily rock any venue.

3. The Marshall 1960 cabinet – There’s something about the original birch Marshall 4×12″ cabinet that’s never been beat. It makes any amp, big or small, sound bigger and larger than life.

4. The Fender Strat – Former Rolling Stone guitarist Mick Taylor once expressed to me that he felt the Strat was the world’s most perfectly designed guitar, and he couldn’t have been more right. The shape, the contour, the sound, the vibrato tailpiece – the only thing it isn’t is a Les Paul.

5. The Fender Precision Bass – You might see high-profile bass players play fancy boutique basses on stage, but when it comes to recording there’s always a trusty Precision around. If you want a can’t-miss big full sound, this is still the one for the job.
6. The K&M boom stand – Atlas made the original boom arm accessory in the early 60′s but the tripod Konig & Meyer boom has been the studio standard for more than 50 years. It hasn’t changed much in that time, but it hasn’t needed to.

7. Powered monitors – Once upon a time you struggled to find the right amp to match your speakers. It was a nerve-wracking search very much akin to a surfer finding the perfect wave. Monitors with built-in power amps that are ideally match to the speaker took away all that confusion, while making them cheaper, more compact, and sound better.

8. The Digital Audio Workstation – For a long time the only thing that engineer’s knew was tape, and as a result became quite used to its limitations, even during the transition from analog to digital. Having a remote sitting right next to the console was just part of the natural studio environment. Today most DAWs offer way more advantages to tape and we’re all much better off for it. The modern DAW is what’s made the home recording studio possible, and even the least expensive app has 100 times more power than what The Beatles had available to them (although talent is another story).
9. The Dean Jensen Direct Box Design – It’s hard to believe there was a time before direct boxes, but after some industrious techs began to custom-build them in the 70′s, transformer designer Dean Jensen provided a free design using one of his transformers that’s been copied over and over ever since. If it’s a passive direct box that you’re buying, Dean Jensen is its father.