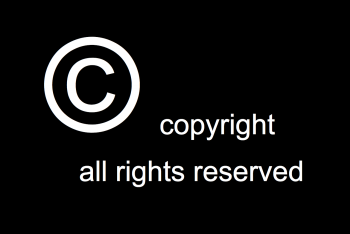 If you write music and/or lyrics, and then record your songs (at your own expense), you are now a fully fledged copyright owner. Well done. In fact, you own three separate copyrights in every song: there is one in the music, one in the lyrics and one in the sound recording (by default – ie unless a contract says otherwise – the musical and lyrical rights belong to the creator, the sound recording rights to whoever paid for the recording to take place).

We all know copyrights make money, but how? Well, if you are the owner of a copyright, then there are certain things that only you – as the copyright owner – are automatically allowed to do in relation to your song and/or recording. These ‘things’ are called the “acts restricted by the copyright” in law, and in the UK they are listed in Section 16 of our Copyright, Designs & Patents Act.

What this means is that only you, by default, can make copies of your work, perform your work in public, or adapt your song or recording. And if anyone else wants to do any of those things, they need your permission. When you grant permission, you provide a licence allowing someone else to copy, perform or adapt (usually subject to terms and limitations).

Regarding public performance, the word ‘public’ is interpreted widely here. Basically anything outside your home or car constitutes public. Shops, offices, cafes and bars that play music – whether live music or recorded music over a PA – need permission of whoever owns the copyrights in the songs and recordings being played.

Regards adaptations, this means remasterings and remixes of recordings, and reworks of songs (a new arrangement of the musical score, an alteration of the lyrics).

But how much money? Well, that depends. The basic principle is that you can ask for whatever you like – or, assuming you want to do a deal, more realistically what you think you can get. However, remember collective licensing.

Collective Licensing In certain scenarios, for various reasons, the music industry at large has decided to licence its entire catalogue as one, charging a standard per-play or revenue share fee. Where this applies, collecting societies like PRS For Music and PPL negotiate so called blanket licence deals, collect the money from licencees, and distribute that back to rights owners, in theory based on how much their work was used.

Collective licensing generally applies where companies use music a lot (eg radio, TV, clubs, labels releasing records, the live sector), and where it would be impractical for every rights owner to negotiate terms with ever licensee for every track used. Where it applies, smaller rights owners (including self-releasing artists) would be foolish not to opt in to the collective licensing system, ie join their local collecting societies.

Once inside, this means you will receive standard royalty rates based on how much your music is used. You can’t negotiate a million pound deal on your own, then again, in the areas covered by collective licensing, you probably never would have been able to do so anyway, and this way someone else takes care of the actual negotiations and licensing shenanigans for you.

Fair Dealing It’s also worth noting that there are a number of exemptions in copyright law, where the exclusive rights of the copyright owner do not apply. This means a user can use your work without your permission (sometimes a royalty is still due, but the right of veto is removed). The exemptions vary from country to country (and are often called ‘fair use’, rather than the English term ‘fair dealing), but most often apply for those involved in education, cultural criticism, news reporting, satire and archiving. The fair dealing exemptions in the UK are currently under review and may be extended. [AlLindstrom]

Pensado’s Place 100th Episode Special from NAMM 2013 Sundance 2013: The Sound of Your Story