Want a Job in the Music Business? These Are the Cities You Should Live In (From the Magazine) Big cities like New York and Los Angeles have more music industry jobs, but you’re more likely to have a neighbor in the biz in Nashville.

In today’s DIY music business, people can perform their jobs from just about anywhere. But as economist Richard Florida pointed out in 2009, the trend in music industry jobs has been increased concentration in a small number of cities. From 1970 to 2006, Nashville was the only city in the country with positive growth in music industry jobs using a location quotient, a measure of a particular industry’s share of the total employment in a given location. “In effect, it sucked up all the growth in the music industry,” Florida wrote.

Nashville’s 27,000 music industry jobs are vital to the city. The jobs earn an income of nearly $1.7 billion and contribute $5.5 billion to the local economy. The multiplier effect means one job can help support additional jobs. In all, the local music industry supports 57,000 jobs and creates a total economic output of $9.7 billion.

None of this has gone unnoticed by the City of Nashville. A report by the Nashville Area Chamber of Commerce and the Music City Music Council, a group of professionals assembled by Nashville Mayor Karl Dean, boasts of music’s great impact on Nashville and the resources available in the modestly sized metropolitan area of 1.7 million. Using economic data compiled by Economic Modeling Specialty International, the report shows how Nashville stacks up to other music hubs.

In terms of concentration of music industry jobs, Nashville is tops with 7.8 per 1,000 residents, according to EMSI data in the report. Los Angeles is a distant second with 2.8. Austin is third with 2.6. At 2.0, New York actually falls beneath the 2.1 of Charlotte, N.C.

It should come as no surprise that the cities with the three highest concentrations of music industry jobs also have the best-paying ones. Los Angeles tops all markets in average music job earnings with 175% of the country’s average salary. Nashville is second at 156%, and New York is third at 147%. Music jobs pay less than the national average in Charlotte (99%), Austin (94%), Atlanta (85%), Memphis (79%) and New Orleans (73%). The company expects there to be 29 million subscribers by the end of this year. That implies a 45% gain from the 20 million subscribers the IFPI had counted at the end of 2012. “The past two years have seen a remarkable international expansion of streaming as a distribution model, but in terms of its long-term potential we’re still only scratching the surface,” senior analyst Aapo Markkanen said in a statement.

Indeed, ABI believes momentum will pick up in the coming years. ABI forecasts the number of global subscribers will increase to 191 million by 2018. That figure implies a 45% compound annual growth rate (CAGR) — the same rate of increase from 2011 to 2012.

Such a high forecast for number of subscribers implies several friction points will have been reduced by 2018. Partnerships with mobile carriers and broadband providers will be better in quality of greater in number. The services will have become more user-friendly in order to attract more mainstream customers and create a better value proposition (consumers will pay for convenience, after all).

To reach 191 million subscribers by 2018 will also require greater participation of technology giants. If Apple’s iTunes Radio is counted as a subscription service — it will be free to subscribers of iTunes Match — that 191 million number will be a lot more achievable. Google Play Music All Access, launched this year, will need to have gained traction on multiple continents. Sony Music Unlimited and Samsung’s mSpot must click with consumers.

A $46 billion subscription market by 2018 implies about an 84% CAGR from 2012. Assuming labels got about 60% of consumer spending, trade value would be just under $29 billion in 2018. According to the IFPI, which counts only revenue received from record labels, subscription services accounted for 13% of the $5.8 billion (in trade value) global digital music market. The $754 million trade value of subscriptions in 2012 would have to increase at 84% per year to equal $29 billion by 2018.

Notice the discrepancy between the growth rates of subscribers and revenue. ABI expects revenue growth to far outstrip growth in subscribers. In other words, ABI is effectively arguing that later adopters of subscription services will pay more than the earliest adopters, not the other way around.

How could this happen? How could revenue growth outstrip subscriber growth? One or multiple factors would need to cause a dramatic increase in average revenue per subscriber. Many subscriptions would have to be family plans that give access to multiple people for a higher fee. Or subscription services could introduce super-premium tiers for the heaviest users.

In reality, however, the average revenue per user is more likely to fall than rise over time. A forecast of 191 million global users within five years implies fees will fall in order to attract far more subscribers.

As for specific companies, Spotify is expected to be the leader with 9.3 million subscribers. That would be a 50% increase from the company’s last publicly stated number of six million subscribers. Companies typically — but not always — announce subscriber levels when major milestones are reached. Spotify would need to announce three more major milestones — seven million, eight million and nine million — by the end of the year for ABI’s forecast to be accurate.

Forecasts about subscription services have been overly optimistic in the past. Take the Jupiter forecast in 2000that subscription revenue would account for 63% of U.S. digital recorded music by 2006. Jupiter wasn’t close. Subscriptions accounted for just 14% of digital revenues in 2012. Three years after Jupiter’s forecast, Apple launched iTunes and made the download the dominant revenue driver of the next decade.

Forester’s example shows the difficulty in accurately predicting growth of a growing technology. ABI has run into the same challenges. History may not be kind to its forecasts as a result. 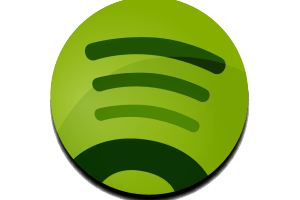 Documents filed by holding company Spotify Technology show that revenue more than doubled in 2012. The music streamer’s revenue took in $577 million USD, as it doubled it’s user base and expanded into new markets.  Spotify currently has about 20 million active users of which 5 million pay for a premium mobile and ad free subscription.

Spotify’s growth came both through expansion into new markets including Ireland, Germany, Australia and New Zealand, and it’s integration with Facebook. After launching in mid-2011, the Facebook music integration took off . By April of 2012, 17.5 million Facebook users were using Spotify via the social network..

Northzone, Kleiner Perkins Caufield & Byers, Accel Partners and DST are Spotify’s major investors, and all three major label groups are also stockholders.  But the company does not rule out future fundraising, according to Reuters. “We cannot exclude the need or desire to raise more funds in the future to fund future growth initiatives,” Spotify said in the Luxemborg filing.